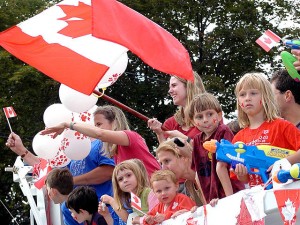 According to Statistics Canada’s population clock, Canada’s population passed 35 million last week, a notable landmark in the country’s developmental history, from a sparsely populated British colony in the 19th century to an emerging economic force in the world today.

The data shows that the annual population growth rate in the country has averaged 1 percent over the last decade, the highest among the G8.

StatCan projects Canada’s population will grow to between 40.1 and 47.7 million people by 2036, with the provinces of British Columbia and Ontario experiencing the largest increase in numbers.

Newfoundland and Labrador is projected to have the lowest population growth, even possibly negative, over the same period, as immigrants choose to settle in other provinces and its own residents migrate to other regions of the country, resulting in it having the oldest population, in terms of the median age of its residents, of any province.