Canadians Now Wealthier Than Americans, Mostly Due to Housing Prices 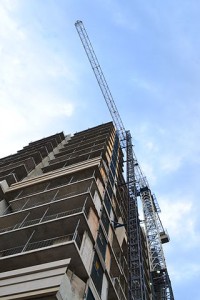 A report that first surfaced on Canada Day stating that Canada now has higher average household net worth than the US set the news media on both sides of the border buzzing. Advocates of robust government intervention in the economy pointed to this development as vindication of their faith in their economic ideology, while Republicans blamed the news on Obama’s term in office.

The real cause of the switch in household net worth standings is much more mundane: a drop in housing prices in the US. As the National Post’s Andrew Coyne notes, home prices declined by nearly one-third in the US from 2006, when the US was ahead in household net worth, to 2011, when the wealth comparison used in the report was done, while they remained steady in Canada, and this accounts for almost all of the drop in the average household net worth in the US relative to that in Canada. A commodity boom driving up the value of the Canadian dollar also helped Canada’s relative position.

The key policy decision in the US that caused the divergence in the wealth of American and Canadian households was the goal the American political establishment set in the early 2000s to purposefully encourage a boom in the housing market using the government sponsored enterprises (GSEs), Fannie Mae and Freddie Mac, and low interest rates from the Federal Reserve as the tools.

As far back as 2001, popular American pundit Paul Krugman, in classic Keynesian economic fashion, trumpeted the benefits a housing bubble could provide for the US economy and proposed the means of creating it:

To fight this recession the Fed needs more than a snapback; it needs soaring household spending to offset moribund business investment. And to do that, as Paul McCulley of Pimco put it, Alan Greenspan needs to create a housing bubble to replace the Nasdaq bubble.

The Federal Reserve obliged and sharply lowered interest rates and kept them there for the next three years.

The GSEs did their part and expanded their volume of purchases of privately issued mortgage backed securities from $20 billion in 2000 to over $150 billion at the height of the housing bubble, in 2006.

In contrast, the Canada Mortgage and Housing Corporation (CMHC), a crown corporation which has a role somewhat similar to that of the GSEs in the US, remained conservative in the type of mortgages it insured, while the Bank of Canada kept its overnight lending rate a full two percentage points higher than the Fed’s, and consequently, no bubble formed in Canada’s housing market.

Whether the US economy would have been spared a housing bubble in the absence of the expansion of GSE subsidies and lowering of the Fed’s lending rate is a matter of much scholarly debate. At the very least, the decision by the American political establishment and Federal Reserve authorities to expand government mortgage subsidies and keep interest rates low for three years, respectively, did nothing to prevent a bubble from forming, and made the one that did form worse than it otherwise would have been.

The real story that emerges in Canada overtaking the US in average household net worth is the superiority of a more prudent approach to economic intervention that emphasizes sustainable economic development over one that focuses on boosting GDP in the short term at any price.