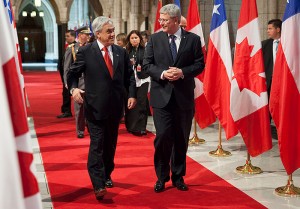 As part of the effort to combat bogus asylum claims, Citizenship and Immigration Canada (CIC) announced on Thursday that two more countries have been designated as ‘safe’ countries from which asylum claims will be given an expedited treatment.

CIC created the list of designated countries of origin (DCOs) in December 2012 to stem the tide of welfare seekers from European countries, primarily Hungarian Roma, that were taking advantage of Canada’s generous asylum claims process to live on the country’s social services for years until finally being deported.

In its report on the phenomenon, the Canada Border Services Agency (CBSA) found that claimants would delay their deportation through a lengthy process of appeals, before finally abandoning their claim or having it rejected for lack of evidence.

The list originally contained 27 countries, that included most EU member states. Eight more countries were added in February, and with the addition of Chile and South Korea on Thursday, the total number of countries has come to 37.

Countries are considered DCOs if they are democracies with strong legal protections of human rights, and if at least 60 percent of asylum claimants from the country had withdrawn/abandoned their claim, or at least 75 percent of claims by claimants from the country were either withdrawn or abandoned by the claimant or rejected by the Immigration and Refugee Board (IRB).

Chile’s induction into the DCO list coincided with Prime Minister Stephen Harper’s meeting with Chilean president Sebastian Pinera, and the signing of a Canada-Chile trade agreement.

This entry was posted in asylum seekers, canadian immigration, Designated Countries of Origin, Immigration and Refugee Board, refugee program and tagged Chile, designated countries of origin. Bookmark the permalink.