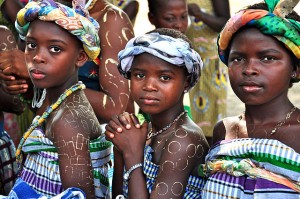 Young women in Ghana. Seventy percent of respondents in a CIGI survey of Canadian immigrants from countries in Southern Africa said they remit money to relatives in their country of origin

The Centre for International Governance Innovation (CIGI), a think tank established by the founder of Canadian firm Research in Motion, Jim Balsillie, released a study this week that finds immigration source countries benefit from the migration of their skilled workers to the developed world due to the foreign remittance, investment and philanthropy that their emigrants give back.

The study proposes redefining immigrant communities as “diasporas”, to emphasize the links immigrants maintain with their countries of origin, and help dispel the belief that the emigration of skilled workers from a country is a “brain drain” or “poaching”, and instead frame migration as a development tool that helps immigrants, developed countries, and developing countries.

The researchers’ primary area of focus in the study was Canadian immigrants from Southern African Development Community (SADC) countries, and they found that 70 percent of survey respondents from these countries, with the exception of those from South Africa, reported remitting money back to their home country.

Over half of survey respondents had given serious consideration to moving back to their home country, despite rating Canada favourably, demonstrating the strong links they have to their countries of origin.

The study noted that global remittance, at US$440 billion in 2010, is three times more substantial than official development aid as a source of income for countries “and almost as large as foreign direct investment”.

Besides remittance, the study says diasporas benefit the developing world as sources of investment, with a recent OECD study finding a one percent increase in the size of a diaspora population leads to a 0.1-0.25 percent increase in foreign direct investment in the country they originate from.

The researchers also found that nearly half of survey respondents in Canada’s SADC diaspora had engaged in economic activity in their country of origin since migrating to Canada, including 25 percent who had exported Canadian goods to the country and 11 percent who had invested in a business there.

Combined with studies estimating that 70 percent of China’s and 26 percent of India’s foreign direct investment during particular time frames originated from their respective diasporas, the researchers conclude that immigration could potentially have a major impact on foreign investment into the developing world.

Seeing immigration in light of the economic benefit it provides to its source countries can dramatically change the debate on the immigration of skilled workers into Canada say the study authors, by leading to immigration being linked with Canada’s official development policy, while shedding it of negative image in the developed world as a zero sum “brain drain”. (This story was first broken by Postmedia News)