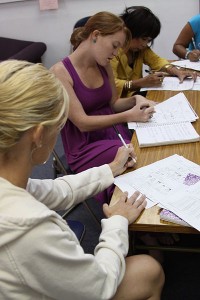 The percentage of Canadians that report being bilingual declined from 17.7 percent in 2001, to 17.5 percent in 2011, according to Statistics Canada

The influx of immigrants accounts for a slight decline in Canadian bilingualism over the last decade, according to Statistics Canada.

Approximately 17.5 percent of Canadians in the 2011 Census reported being able to speak both English and French. This was down from a peak of 17.7 percent in 2001.

In 1961, the rate of French-English bilingualism was only 12.2 percent, and over the next several decades increased, until the 2001 peak. The increase was largely a result of the instatement of official bilingualism by the government of Pierre Trudeau in the 1960s.

The Consumer Packaging and Labeling Act of 1985 further promoted bilingualism by requiring all packaging in Canada to display both French and English text.

Over the last decade however, as immigrants pushed the total population up, the bilingual population did not increase fast enough to maintain the proportion attained in 2001.

This was a consequence of immigrants outside of Quebec being less likely than native-born Canadians to be bilingual.

As a result, even as the population of bilingual Canadians increased by approximately 600,000 since 2001, to 5.8 million in 2011, their share of the population declined slightly.