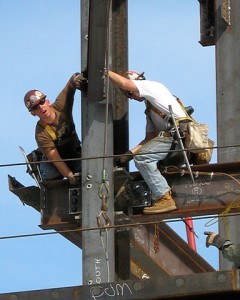 Citizenship and Immigration Canada (CIC) unveiled information on Friday about the new Federal Skilled Worker Program (FSWP) that will be launched in the new year.

The revised program will have more demanding language requirements, more selective credential assessment, and will give preference to Canadian work experience over foreign work experience, among other changes.

CIC placed a temporary freeze on the acceptance of new applications for the FSWP on July 1st to give the immigration department time to instate change that it said were needed to address shortcomings in the program.

The following are the major changes to the FSWP that were announced in Friday’s release:

In addition to the changes to the FSWP, CIC also announced the details of a new Federal Skilled Trades Program (FSTP) that will be open to tradespersons skilled in eligible trade occupations.

The requirements announced for the FSTP are:

Changes to the Canadian Experience Class

As forecasted by CIC earlier in the year, the Canadian work experience required to qualify for the Canadian Experience Class (CEC) program will be reduced from 24 months to 12 months, to allow temporary foreign workers in Canada to more quickly qualify for Canadian permanent residence status.