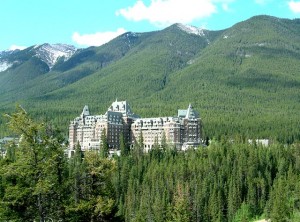 In a talk that could nudge policy makers toward increasing immigration levels, Toronto economist and demographer David Foot told an audience of business executives, academics, diplomats and government leaders that Canada will face a severe labour shortage over the next two decades as millions of Canadians enter retirement.

“Canada will have more old than young people and no amount of immigration can change the figure,” said Foot.

Foot is the author of Boom, Bust & Echo, a book that forecasts changes to Canada’s economy and way of life as the population ages.

At the talk, he counselled that Canada invite more international students to settle in the country, and suggested Mexico, which has the youngest population in North America, as a good place to “recruit”.

Focusing Canadian immigration on international students has been a recurring recommendation over the last year, which makes a change in immigration law that makes it easier for foreign students to become permanent residents more likely.

Foot was one of 25 speakers who gave speeches at today’s Global Business Forum in Banff, Alberta, an event hosted annually by the iconic Fairmont Banff Springs Hotel.