Federal and Ontario Governments to Spend $57 Million to Train Immigrants 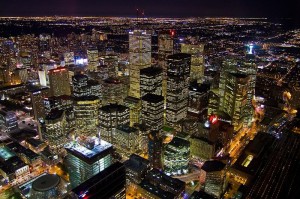 Image of Toronto at night. A total of $57 million in funding will be provided by the Ontario provincial government and the federal government for projects in Ontario that assist immigrants in integrating into the Canadian labour market

The Ontario provincial government and the federal government hope to put an end to the adage of the immigrant taxi cab driver with a PhD, by spending a combined $57 million to train new Canadians to gain the credentials necessary to work in their field of study in Canada.

Data emerging over the last few years has shown a growing income gap between recent immigrants and other Canadians which has spurred the federal and several provincial governments to launch a number of initiatives to reverse the situation.

Most notably was the formation of the federal umbrella program, the Foreign Credential Referral Office (FCRO), in 2007 which funds projects run by regulatory bodies, immigrant-serving organizations and other organizations that help recent immigrants and those looking to immigrate to Canada update their foreign credentials to qualify to work in Canada in their vocation.

The $57 million of funding will be a significant expansion of government efforts to help new immigrants integrate into the economy. The federal government will provide $22 million of the funding while the remaining $35 million will come from the government of Ontario. The funds will be allocated to 70 existing and new projects in Ontario to provide “bridge training”, a term that encompasses training, Canadian work experience and assistance in getting licensed or certified to work in Canada, to new immigrants.