Canadian Immigration Official Convicted of Fraud and Breach of Trust 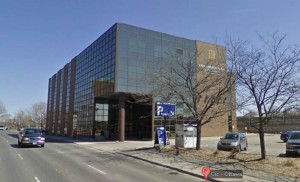 Diane Serré, a former official at Citizenship and Immigration Canada (CIC), was found guilty of 15 counts of fraud and 12 counts of breach of trust by Ontario Superior Court Justice Catherine Aitken, for using her position at CIC to help 10 immigration applicants with their applications in exchange for gifts and cash remuneration.

The investigation that led to the charges against Serré found that she worked with her esthetician, Vivian Badaan-Dakik, and her husband, Issam Dakik, to find individuals willing to pay for preferential treatment by an official at CIC. Issam Dakik plead guilty to the charges laid against him in connection with the case and was sentenced to 33 months in prison in 2006.

In her 86 page decision, Judge Aitken found that the evidence of Serré’s culpability, which included hundreds of wiretapped conversations between Issam Dakik and Serré, was “absolutely overwhelming”, and determined that she received $25,900 from Dakik as part of the scheme.

Serré’s sentencing hearing will be held on July 27th.