Inflation Drops to 1.2% in May, Reducing Likelihood of Rate Hike 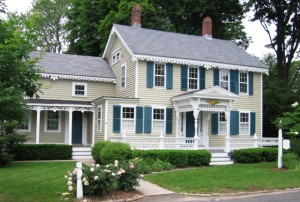 The decline in inflation in May is bullish for short-term housing prices. Housing prices in Canada's major cities have increased significantly over the last five years, which anecdotal evidence suggests is partly due to greater investment in the market by foreign and immigrant investors.

Prices increased 1.2 percent in the 12 months leading up to May, a drop of 0.8 percent from the annual inflation rate in April, according to a report released by Statistics Canada today, a development that could keep interest rates low and help shore up housing prices in the near term.

The slowdown in inflation was due primarily to declines in natural gas and oil prices, smaller price increases for passenger vehicles, and a small decline in women’s clothing prices.

The inflation news could help boost short term housing prices, or forestall what some see as a coming correction in housing prices that are at bubble levels, as it reduces the likelihood that the Bank of Canada will increase interest rates.

The likely repercussions for the housing market are tempered by Finance Minister Jim Flaherty’s announcement yesterday that the federal government would tighten mortgage rules to reduce what his department sees as housing demand driven by speculation and funded by too much borrowing.

He said that the Canada Mortgage and Housing Corporation (CMHC), a government owned home mortgage guaranteer that insures 49 percent of Canadian home mortgages, would reduce the maximum term of mortgages it will insure from 30 years to 25 years and no longer insure mortgages for homes worth more than $1 million.