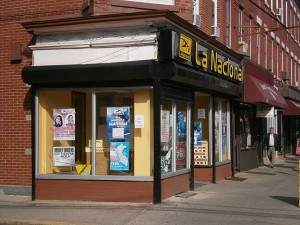 According to an article published on Tuesday in Maclean’s, a Canadian weekly news magazine, Canada leads the world in per capita outgoing remittance, as a consequence of its proportionally large and well-skilled immigrant population.

In 2012 an estimated $23.4 billion was sent overseas, according to new World Bank figures which track remittances. On a per capita basis that’s double what flows out of the United States or the United Kingdom. India was among the countries receiving the largest chunk of that money, while China and the Philippines were other top recipients.

Globally, Canada is behind only Australia in its per capita immigration rate, and its highly selective immigration programs result in most of those immigrants being skilled workers. These factors combine to account for high remittance rates.

Remittance is now one of the largest sources of income for many developing countries. For example, foreign remittance accounts for 45 percent of the GDP of Tajikistan, a small country in Central Asia, making it the primary source of income for a significant portion of its population.

Due to the enormous volume of foreign remittance, estimated at $400 billion in 2012, many international development experts consider it an important type of foreign aid, which makes a substantial contribution to economic development in poorer countries.

Some have even argued that increasing immigration is a better way for the developed world to assist developing countries, by way of increasing remittance, than providing government aid.

The author of the Maclean’s article, Rosemary Westwood, suggests that to bolster the aid remittance provides to the less-developed world, the developed world should make it easier for its citizens to send money to family-members living abroad, and notes that Canada has made some effort to this end:

along with other G20 countries in 2011, [Canada] agreed to try to reduce remittance fees paid to banks and transfer firms to five per cent—they often reach as high as 24 per cent.

There is still much room for improvement, as international remittance to some parts of the world continues to be slow and very expensive, with firms like Western Union charging a fee of up to 20% for transferring to more remote countries.

The advent of new financial services promises to reduce these fees however. Bank of America (BoA) for instance eliminated fees for remittance from the U.S. to Mexico in 2005, leaving only a 1.74 percent currency exchange fee for such transfers.

Competition and investment in new financial networks is spurring an increasing number of companies around the world to offer lower priced remittance services like BoA, leading to remittance becoming more cost-effective and practical for immigrants and migrant workers.

As financial friction is reduced and immigrant populations increase, it’s likely that remittance flows will only grow larger and play an increasingly significant role in developmental economics.