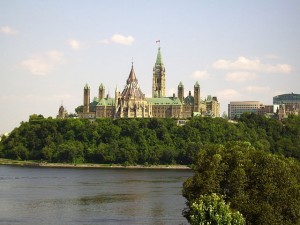 Canada, which was facing one of the worst bogus refugee claims problems in the world, and seeing government expenditure on welfare for asylum claimants gradually increase as a result, has seen a drastic reduction of asylum claims from problem countries in the aftermath of instituting new laws on how asylum claims are processed.

Changes that came into effect on December 15th 2012 require claims to be processed quickly – within 30 to 45 days for individuals from countries considered democratic and observant of human rights – and prevent claimants from delaying a deportation through years of appeals.

The number of claims from Hungary, the country that led the world in producing Canadian asylum claimants, and from which the vast majority of claims are rejected by the Immigration and Refugee Board or abandoned by the claimant before their hearing, declined from 353 in the January 1st to February 19th period of 2012, to 7 in the same period of 2013.

The primary reason for the drop in claims is likely that the new rules have eliminated the incentive to file a bogus asylum claim by making it impossible to take advantage of the years of welfare and other free social services it could previously provide.

The new rules are expected to save tax payers $400 million a year.