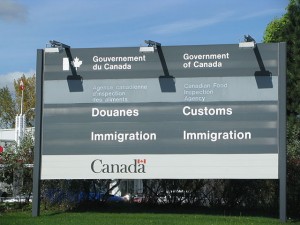 The Federal Skilled Worker Program (FSWP), the mainstay of the Canadian government’s economic class immigration stream, last accepted applications on May 8th 2012, when the program’s 20,000 application cap for the July 1st 2011 to June 30th 2012 period was reached.

On July 1st 2012, Citizenship and Immigration Canada (CIC) announced that the program would be put on moratorium to give the immigration department time to process FSWP applications in its backlog and to design new rules and put in place new processes for a revamped skilled worker program that better meets Canada’s economic needs.

Now, after a nearly one year wait, the program is set to begin accepting applications on May 4th 2013, providing skilled foreign workers who lack the financial means to qualify for Canada’s investor and business class programs and without a job offer from a Canadian employer, with an immigration program they can potentially qualify under.

Alex Khadempour, a licensed immigration consultant for CICS Immigration Consulting Inc., says that the majority of people who have contacted his firm over the last several months have been enquiring about the FSWP.

“There just aren’t any options through existing Canadian immigration programs for the vast majority of people who are interested in immigrating. Many who contact us are pinning their hopes on the return of the Federal Skilled Worker Class,” said Mr. Khadempour in an interview with CICS News.

One of the major new requirements of the revamped skilled worker program is the Educational Credential Assessment (ECA) said Mr. Khadempour: “we recommend to every one who contacts us to get their academic documents ready so that they can get their ECA as soon as CIC designates the Credential Assessment Organizations. All Federal Skilled Worker applications will require an ECA under the new rules.”