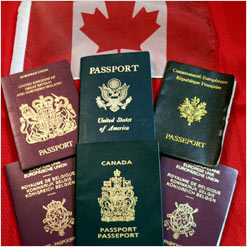 Citizenship and Immigration Canada has released more details about the new Federal Skilled Worker program, which will be launched in January of 2013, and it includes changes to how language proficiency is assessed. In an interview with CICS News, Regulated Canadian Immigration Consultant (RCIC) Alex Khadempour said applicants would need to focus more on language under the new rules:

“If you are looking to apply for the new Federal Skilled Worker program, it’s best to start by understanding the new language requirements and to write your exam as soon as possible so that you don’t miss the window of opportunity before the quota fills up.”

“CIC plans to significantly increase the maximum points awarded for proficiency in the English and French languages from 24 points to 28 points, making language the single biggest factor in an application’s chances of being accepted,” he added.

Details of the proposed changes

According to a bulletin released by CIC, an applicant must prove a minimum proficiency in each of the four language abilities, speaking, listening, reading and writing, that is at the Canadian Language Benchmark 7 (CLB 7) level for English or is at the Niveau de compétence linguistique canadien 7 (NCLC 7) level for French, in order to qualify for the Federal Skilled Worker Class (FSWC) program.

For the English language requirement, CLB 7 is equivalent to scoring 6 on the IELTS. For the French language requirement, NCLC 7 is equivalent to scoring 309, 248, 206 and 309 on the speaking, listening, reading and writing modules of the Test d’évaluation de français (TEF), respectively. 4 points are awarded for each of the four language abilities, meaning that all candidates that meet the mandatory minimums on all language abilities will have at least 16 points.

The bulletin also states that applicants will be awarded one extra point for each language ability for which they score CLB 8 or NCLC 8 and two extra points if they score CLB 9 or NCLC 9 (for a maximum of 24 points).

The number of points awarded for proficiency in a second official language will be reduced from 8 to 4 under the new rules, making focusing on studying a single language a more viable strategy for those seeking to qualify for immigration to Canada.