Nationals of 29 Countries to Require Biometrics to Enter Canada 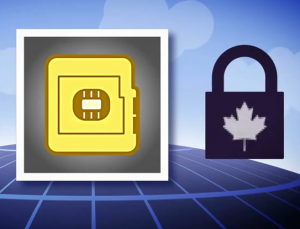 Starting in January 2013, the federal government will require individuals from selected countries wishing to visit or immigrate to Canada to have their biometric information registered and checked before entering the country.

Subject nationals applying for a visitor visa, study permit or work permit will need to provide their fingerprints and photograph at the time of application. Foreign nationals who are Canadian permanent residents or citizens will be exempt from the new rules.

The biometric identification requirement is similar to United States Homeland Security’s biometric registration which applies to all visitors to the U.S. Other countries that use biometrics for border security or immigration control include the United Kingdom, Australia, New Zealand, Japan, South Korea, the United Arab Emirates, Indonesia, Malaysia, and Saudi Arabia.

Canadian Citizenship and Immigration Minister Jason Kenney on Friday extolled the advantages of the security measure: “Biometrics will strengthen and modernize Canada’s immigration system. Our doors are open to legitimate travellers and, through the use of biometrics, we will also be able to protect the safety and security of Canadians.”

The implementation of the new rules will correspond with the roll-out of the new Canadian ePassport, which will begin being issued on January 1st, 2013, and will include the biometric information of the passport holder.

Federal government officials say that the Canada Border Services Agency (CBSA) and the Royal Canadian Mounted Police (RCMP), the federal agencies responsible for administering the new biometric program, will work with the Office of the Privacy Commissioner to protect the personal personal information of applicants in accordance with Canada’s Privacy Act.