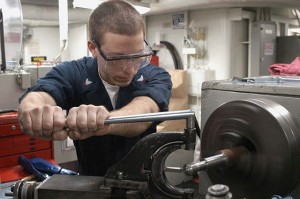 Citizenship and Immigration Canada (CIC) officially launched the Federal Skilled Trades Program (FSTP) on Wednesday, and plans to admit up to 3,000 permanent residents through the program in 2013.

Applicants of the FSTP must meet three general requirements to be eligible for the program:

Construction industry leaders have welcomed the program, which they say could mitigate the pressing labour shortages they are facing in many of the trades.

“Today’s announcement is good news for the construction industry because the need for workers with trade skills will continue to grow as Alberta’s economy grows,” said Merit Contractors Association in Alberta vice-president Bill Stewart.

“The Canadian Construction Association is especially pleased to hear today’s announcement that the new federal Skilled Trades Program to be launched on January 2nd, 2013.”

In order to make it easier for skilled trades persons to immigrate to Canada, CIC created the FSTP with no post-secondary education requirements and lower language proficiency requirements than the well-known Federal Skilled Worker Program.