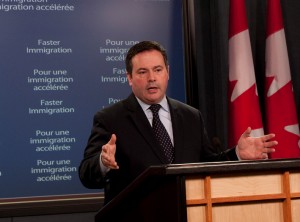 Citizenship and Immigration Canada announced today that the Federal Skilled Worker Program (FSWP) will re-open on May 4 2013 with the new selection rules.

CIC closed the FSWP to new applications in July 2012, saying it needed time to reduce the program back-log and re-design the point system used to select immigrants to better meet Canada’s economic needs.

FSW applicants will need to meet the Canadian Language Benchmark 7 standard for English proficiency to qualify for the program, which is the equivalent to scoring 6 on the IELTS, the most widely taken English language assessment test.

The new FSWP selection rules will also utilize an Educational Credential Assessment (ECA) process that will be introduced with the program, which will award points for foreign educational credentials based on assessments of their equivalent value in Canada.

A list of organizations designated  by Citizenship and Immigration Minister Jason Kenney to do the assessments will be released in early 2013.

“For too long, too many immigrants to Canada have experienced underemployement and unemployment, and this has been detrimental to these newcomers and to the Canadian economy,” said Kenney.

“Our transformational changes to the FSWP will help ensure that skilled newcomers are able to contribute their skills fully to the economy as soon as possible. This is good for newcomers, good for the economy, and good for all Canadians.”

CIC also said that new FSWP applications will be processed in months, instead of years, owing to the work the department has done in reducing the existent backlog and limits the program will put in place in quantity of applications it will accept.