The Regina & District Chamber of Commerce said it “empathizes” with individuals and families affected by changes in the program, but added that federal immigration rule changes permitting SINP were intended not as a family reunification vehicle, but as “an economic program that allowed provinces, including Saskatchewan, to access skilled workers”.

Chamber CEO John Hopkins said there’s another factor at work: with the number of people allowed sponsorship into Saskatchewan capped at only 4,000 per year, employers “need each and every nomination they can get”. 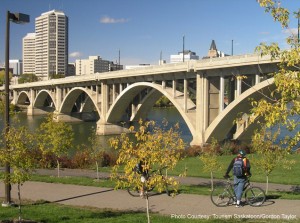 Saskatoon, Saskatchewan's largest city. Changes to the province's nominee program have been widely criticized by those who had pinned their hopes of bringing family members to Canada on it. The Regina Chamber said the new rules were necessary to leave space in Saskatchewan's immigration quota for skilled workers. (Government of Saskatchewan)

Earlier this month, Saskatchewan’s Immigration Minister, Rob Norris, announced that new rules for SINP would limit the number of family members a household could nominate at a time to one, and require that the nominee have a job offer to be eligible under the program.

Mr. Norris said at the time that the federal government had urged the Saskatchewan government to tighten rules for SINP, which had been considered one of the easiest provincial nominee programs for those looking to get sponsored for immigration by a family member living in Canada.

The changes to SINP have been criticized by many of those who had been planning to nominate their family members to immigrate to Canada under the program, with several protests being held in Saskatchewan against the changes in May.

Federal Immigration Minister Jason Kenney defended the new provincial rules, arguing that immigrants who want to live with their extended families can do so in their own country, and that the changes aren’t unfair to immigrants as those who have immigrated to Canada didn’t do so expecting to be able to nominate other family members later on.