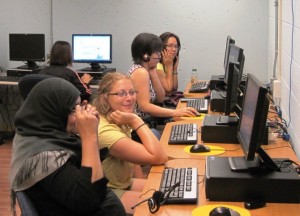 A study released on Thursday finds that the success of Canada’s immigrants rests not just on their English and French language skills, but also their knowledge of Canadian culture.

The study authors, Tracey Derwing and Erin Waugh, advise that the language training programs for immigrants that the federal government funds, like the Language Instruction for Newcomers (LINC) program, be refocused to place a greater emphasis on helping new Canadians acquire pragmatic skills and Canadian cultural knowledge.

The study, Language Skills and the Social Integration of Canada’s Adult Immigrants, was done for the Institute for Research on Public Policy and based its conclusions on several research findings on the language proficiency levels of immigrants, including a seven-year longitudinal study that followed two groups of immigrants, one Slavic language speakers, and the other Mandarin speakers, to observe their progress over the period.

The authors believe the differences in the experiences of the two groups are due to Mandarin being more distinct from English than Slavic languages, which are in the same language family as English, and more cultural overlap existing between Slavic-language speakers and native-born Canadians, for example in a shared interest in hockey, than between Mandarin speakers and average Canadians.

The authors recommend that immigrant-focused government and other organizations expand outreaches to help immigrants network in Canada, in order to help them develop  the “soft skills” needed to integrate in the economy, and to work to raise awareness among native-born Canadians about the challenges immigrants face and strategies for interacting with them.