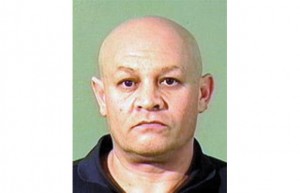 According to a CBC report, the Immigration Division (ID) of the Immigration and Refugee Board (IRB) released Gyula Kolompar, a refugee facing deportation, from federal custody on Tuesday, despite his conviction last week on six counts of fraud, 12 counts of fraud over $5000, and one count of mail theft, for his role in a mail theft and bank fraud operation that netted him, his wife, his son, and allegedly his brother, $345,000 in stolen funds.

His wife and son were found guilty last week as well, while his brother is still in custody.

Canada Border Services Agency (CBSA) hearing officer Kevin Boothroyd argued that Kolompar should be held in custody until his admissibility hearing, scheduled for November 7th, as he fled BC for Ontario when the police issued a warrant for his arrest for the fraud operation and is unlikely to show up for next month’s hearing.

Kolompar’s lawyer countered that his client went on public assistance in Ontario, and that this shows that he made no effort to hide from authorities, and that he was not aware of the outstanding warrant for his arrest.

ID member Leeann King agreed with the defense, saying the federal government failed to show that Kolompar is likely to not appear at next month’s hearing. She told Kolompar, “I have no evidence of you being aware of warrants and trying to flee.”

According to evidence presented in the fraud case against Kolompar, the mail theft operation involved 30 Hungarian nationals coming to Canada as refugee claimants, opening bank accounts, giving their bank cards to Kolompar family members, and then returning to Hungary.

Gyula Kolompar, his wife Katalin Kolompar and his son, Gyula Kolompar Jr., then deposited 267 stolen cheques into the 30 accounts over a course of three years, defrauding four banks of approximately $345,000.

The federal government is seeking to deport Kolompar from Canada for his involvement in an organized crime group. He has a long record of criminality in the country, which started soon after his arrival in Canada as a refugee claimant in 2000.

He was accepted as a refugee in 2004, but lost his bid for permanent residence in 2009 due to a 2005 conviction of being in possession of stolen property.

The sophistication and scale of the Kolompar family criminal operation, involving over 30 foreign nationals all entering Canada through the refugee claim system, shows the inadequacies of the refugee program in preventing abuse by disingenuous claimants, quickly filing deportation orders for criminals, and effectively enforcing those orders.

A Canada Border Services Agency (CBSA) director testified to the Federal Standing Committee on Public Safety and National Security in February that 80 percent of the approximately 44,000 outstanding warrants in Canada are for individuals who got into the country through a refugee claim and are evading deportation orders after having their claim rejected.
–