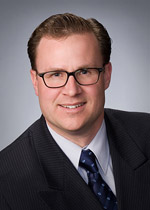 Saskatchewan’s Immigration Minister Rob Norris announced that the province will be tightening rules for the family sponsorship category of its Saskatchewan Immigrant Nominee Program. Saskatchewan’s family nominee program is considered to be easier for immigrants than those of other provinces, but it has also had problems with abuse.

The new rules include a cap of one application for the family nominee program per household. Mr. Norris described the current situation as one where “we’ve even heard stories of up to 20 applications” per household.

Norris’ proposed legislation also includes a requirement for recruiters and immigration consultants to be in good standing in Saskatchewan to represent SINP applicants.