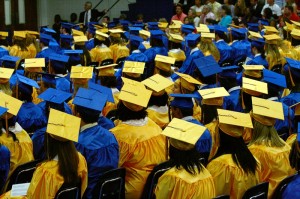 Canadian immigrants hold slightly over half of all STEM university degrees in the country according to a new Statistics Canada report (Chris Moncus, CC-BY-SA-2.0)

A new Statistics Canada report on the educational attainment of Canadians shows once again that the country’s immigrants tend to be highly educated and educated in demanding fields of study.

The report’s most striking finding is that immigrants hold about half (50.9 percent) of the STEM (science, technology, engineering, and mathematics) university degrees in Canada.

With adult immigrants making up about 25 percent of the adult population of Canada, this indicates that immigrants are about twice as likely to hold STEM degrees as members of the general population.

These findings are likely a result of Canadian immigration selection criteria, that over the last few decades, has favoured applicants with occupational skills and experience that are in demand in Canada, which, like doctors and engineers, tend to require a STEM education.

Consistent with this explanation and demonstrating the high standards applicants for Canadian immigration are held to, the report found that over two-fifths of doctorate degrees held by Canadians were earned outside of Canada.

Despite these impressive figures, new Canadian immigrants earn substantially less than the average Canadian, with the gap growing since 1980 despite immigrants gaining on the general population in average level of educational attainment.

The educational credentials from less developed countries are often not as valuable as an equivalent degree in Canada, while immigrants from these countries often require an adjustment period to adapt to Canada’s culture and become proficient in its official languages.

Immigrants from developed, English-speaking countries on the other hand often have an easier time adopting Canadian culture and integrating economically in the country.