Family Class Immigration Increases by 15% in 2012 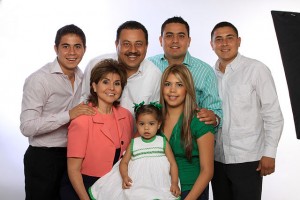 Citizenship and Immigration Canada (CIC) announced on Tuesday a 15 percent increase in the number of individuals admitted under the family class immigration program in 2012 over the year before.

“By reducing the backlog through increased admissions, we have dramatically reduced wait times so that parents and grandparents no longer have to wait close to a decade to be reunited with their loved ones.”

CIC is targeting a 50 percent reduction in the family class application backlog and in the processing time of applications in 2013.

The department has been moving away from sponsorship of Parent and Grandparents for permanent residence, and moving toward extended temporary stays, with the creation of a new ‘Parent and Grandparent Super Visa’ in December 2011 that allows unlimited re-entries for parents and grandparents of Canadians for up to ten years, and allows them to stay in Canada for two years on each visit.