Parent and Grandparent Immigration Program to Re-Open in 2014 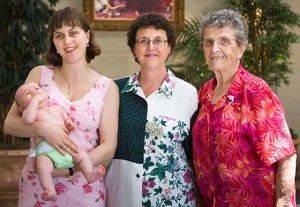 Citizenship and Immigration Canada announced on Friday that it is re-opening the Parent and Grandparent Sponsorship Program in January 2014, with new financial requirements and responsibilities for sponsoring children and grandchildren

Citizenship and Immigration Canada (CIC) announced on Friday that it will lift the moratorium on new Parent and Grandparent (PGP) permanent resident applications on January 2, 2014.

The program has been closed to new applications since November 2011 to give CIC time to work down the mounting backlog of parent and grandparent sponsorship applications.

“The Action Plan for Faster Family Reunification is on track to meet the goals of cutting in half the backlog and wait times in the Parent and Grandparent program. It is very important that we continue to make progress and not return to the old broken system with wait times as long as a decade—that would be unfair to families.”

CIC also said that the total number of parents and grandparents admitted as permanent residents through 2012 and 2013 will be 50,000 which is the highest level in 20 years, and it intends on maintaining these levels in 2014.

Another change announced on Friday is the Super Visa program, while allows foreign parents and grandparents of Canadians to visit Canada for up to ten years, for two years at a time, becoming permanent. Over 15,000 Super Visas have been granted since the program started in December 2011.

With regard to the Parent and Grandparent sponsorship program, CIC says they plan on accepting 5,000 new applications in 2014, and continue to reduce the backlog by processing applications faster than receiving them.

When the Parent and Grandparent sponsorship program re-opens next year, it will be with new qualifying criteria which will increase the financial responsibility of sponsors to ensure their parents and grandparents can be supported for the remainder of their life in Canada and to reduce the likelihood they will increase expenses for Canada’s social welfare programs.

The type of proof of income that CIC will accept will be limited to documents from the Canada Revenue Agency, and the length of time that a person applying to be a sponsor has to demonstrate that they met the minimum income requirements will be increased from the current one year to three years.

Kenney said these changes are necessary to protect Canadians from being burdened by higher taxes as a result of sponsors having inadequate financial resources to support their sponsored parents and grandparents:

“These new criteria ensure sponsored family members are well supported by their sponsors throughout their time in Canada. The redesigned Parent and Grandparent program reunites families faster while respecting Canadian taxpayers and the limited resources for health and social programs.”

CIC says that Canada is one of the few developed countries to allow grandparent sponsorship, with this option either not existing or being extremely limited in United States, United Kingdom, Australia and New Zealand, and measures like those announced Friday are needed to prevent this generosity from being abused.

The Dependent Children sponsorship program is also going to see maximum age limit of 19 years imposed, disqualifying those older than 19 years old from being considered dependent children even if they are full time students or financially dependent on their parents.

The change was made after research by CIC found that many of those qualifying as dependent children were in their late 20s or 30s, and that those who immigrate at an older age have a lower likelihood of successfully integrating into the Canadian labour market and have poorer socioeconomic outcomes than those who immigrate at a younger age.